Sydney Property Market: Why are Houses so Expensive? 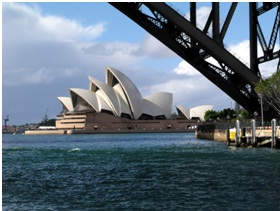 According to the Economist Intelligence Unit’s 2014 Worldwide Cost of Living Survey, Sydney is the fifth most expensive city on Earth. This is nothing new. In 2009, Australia’s ratio of income to house prices averaged 6.8, yet Sydney’s was 9.1. Any ratio over 5 is considered ‘severely unaffordable’.

So why is the Sydney property market so much more expensive than surrounding areas and other cities across Australia? And what can you do if you want or need to live in Sydney but just can’t afford it?

Sydney’s population has grown by almost 1.7 million between 1973 and 2013, and growth shows no signs of waning.

We also need to take into account birth rate, which is increasing for the first time in five years.

Of course, there is nothing wrong with population growth as long as supply meets demand. This simply isn’t the case in Sydney, which greatly affects affordability.

Since 2001-2002, Sydney’s supply of new properties has not been meeting demand. In fact, supply of new dwelling was at an all time low in 2007-2008, which was around the time that migration rates were highest.

Interest rates are at historically low levels, and it looks as though this won’t change for some time. Low interest rates are definitely a key factor in driving demand, as buyers now have access to cheaper loans. So, while money is cheaper, house prices continue to rise.

Despite low interest rates, buyers will still need a 10% minimum deposit of about $80,000 in Sydney, plus savings for stamp duty and other fees. This kind of deposit requires a good earning, and will still leave buyers with a substantial mortgage.

What about the Macarthur Region?

Many areas in the Macarthur Region are less than an hour commute to Sydney’s CBD. Plus, the area is surrounded by beautiful farmland. There are also plans for a large amount of new infrastructure, including a $134 million redevelopment of the Campbelltown Hospital.

These are just a few reasons why we love the Macarthur Region, which is one of Australia’s fastest growing up-and-coming areas.

If you’ve found your dream home in Sydney, or in the Macarthur Region give us a call on 1300 700 496 or shoot us a quick email and we can help you find the perfect loan.