Complaints can be lodged by contacting Michelle Macken, the Complaints Officer, by:

or by speaking to any representative of our business who will refer complainants to the Complaints Officer.  We will acknowledge receipt of the complaint as soon as possible. [RG165.88(a)]

We adopt the definition of ‘complaint’ in AS ISO 10002-2006, namely ‘an expression of dissatisfaction made to an organisation, related to its products or services, or the complaints handling process itself, where a response or resolution is explicitly or implicitly expected’.  This means we will treat informal complaints seriously and refer them to IDR unless they are resolved by the end of the next business day.

Any complaint which is resolved to the customer’s satisfaction by the end of the fifth business day (starting from when the complaint was received) will not require a final written response unless:

The Complaints Officer will review the complaint carefully and promptly, taking such steps and reviewing such documents as a reasonable person would do.

In all other cases, the Complaints Officer will provide a written ‘final response’ to the complainant within 45 days (21 days where the complaint relates to default notices), which states:

We will deal with all disputes promptly, but will ensure that disputes are prioritised according to their urgency.

Unless the statute of limitations is about to expire, legal proceedings may not be commenced or continued nor will any other enforcement action be taken during the IDR period and for at least 14 days after giving a final response.

Recording information about complaints and identifying and recording systemic issues

We will record information in the following tabular form (see pro forma below).

We will keep this data in a form which will enable analysis according to the type, subject or outcome of complaints or the timeliness of a response.

Personally identifiable information is actively protected in line with our Privacy Policy and our APP obligations, and will not be disclosed unless it is needed for the purposes of addressing the complaint or the complainant provides express consent (Guiding Principle 4.7 of RG165).

If the complaint discloses a systemic issue, the Complaints Officer will immediately bring the matter to the attention of the business owners.

The types of remedies available for resolving complaints or disputes

If a complaint is justified, the Complaints Officer will recommend a solution comprising one or more of the following: 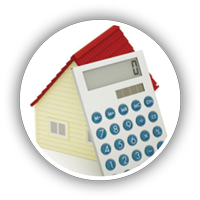 FIll in your details & we'll call you back 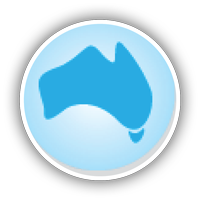 Download a Copy of Our Mortgage Options Credit Guide